NPZ is a private UK-based company set up in 2011, initially specializing in transfer of medical and healthcare technology between China and the Western world, the company business now extends from healthcare technology to emerging field, such as 3D printing.More members recently joined the consultant team . Its founders and members all have scientific and business backgrounds, working with different business partners in the area of cutting-edge 3D printing, bio-science , R&D, medical device, other emerging technology from the laboratory bench to licensing. Personnel in the company speak English and Mandarin fluently, and operate from bases in Cambridge in England and Beijing, Shanghai, Tianjin, Shenzhen Guangdong and Zhejiang in China. Our business partners are from Germany, Italy, Spain, UK , Austria and China. 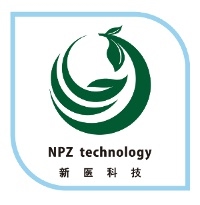 Dr. Rongsheng Zhang gained his Ph.D. degree in Chemical Engineering at Bath University in UK and Msc in Biochemical Engineering in East China University of Science and Technology. After completing his PhD, he continued postdoctoral studies in Bath and Manchester working on biopolymer applications in biomedical engineering before joining Lipoxen Plc (Now named as Xenetic Biosciences plc) in London, and then Contamac Ltd near Cambridge. He is also the co-founder of RepRapPro China Ltd based in Xi An, China. He has authored 19 peer-review research papers and 2 patents. In recent years, he has specialised in fund-raising, business development and technology transfer.

Dr. Hanjie Pan gained his Military Medical Professional Certificate in the First Military Medical University in China and received a Master degree of Chinese Law in the China University of Political Science and Law. He attained his Ph.D. degree in Business Administration in Victoria University. He has over twenty years experience of project coordination and customer account management in China, strongly focused on business development and project management with strict deadlines. Dr Pan plays a major role in NPZ, interfacing with Chinese public companies to ensure smooth running of the projects conducted. Dr. Pan is also the CEO of HONY Heathcare Investment Co. Ltd and the founder of the Hong Kong College of Preventive Medicine. His mission, as a specialist in China, is to promote international cooperation between EU/UK and China.

Dr. Roger New studied chemistry at Oxford, obtained a PhD in immunology at St Mary’s Hospital, London, and has worked in academia and industry in the UK for over 30 years. He has acted as expert advisor in numerous institutions at home and overseas, has written a textbook and numerous scientific papers, has authored many patents in the area of drug discovery, delivery and therapeutics, is honorary lecturer in Pharmaceutics at Kings College London, and is regularly invited to present at prestigious institutions around the world. He is currently involved in bringing several important novel therapeutic agents to market, and has considerable experience in all stages of medical technology development, from discovery, synthesis, preclinical and clinical, to scale-up, regulatory, and business development.A UK resident, he has lived and worked in China for many years, speaking fluent Mandarin, and acting as external advisor to several research institutions. He is currently visiting fellow at TianJin Joint Academic Institute of Biotechnology. Dr. New is currently full time director and CSO of Proxima Concepts Ltd Group.

Dr Bowyer did a first degree in mechanical engineering at Imperial College in 1973, and then did a PhD in tribology there. In 1977 he moved to Bath University’s Department of Mathematical Sciences to do research in stochastic computational geometry. He then spent several years as the head of Bath’s Microprocessor Unit in what is now Bath University Computing Services. In 1984 he took up a lectureship in manufacturing in Bath’s Department of Mechanical Engineering and was subsequently promoted to senior lecturer. He retired in 2012 to concentrate on the RepRap Project and his company RepRapPro Ltd. His main areas of research are geometric modelling and geometric computing in general (he is one of the creators of the Bowyer-Watson algorithm for Voronoi diagrams), the application of computers to manufacturing, and the engineering use of biology, called Biomimetics. He is the originator of the worldwide RepRap Project – a project that has created humanity’s first general purpose self-replicating manufacturing machine. He is also a founder and director of RepRapPro Ltd – a company formed to sell RepRap kits and RepRap-related products and services. He has more than 90 peer-reviewed papers and been invited to give talking, interview, presentation in the field of 3D printing. He gained a well-known honour as the only founder of RepRap which become the most widely-used 3D printer among the global members of the Maker Community.

Mr. Wen is the principle consultant at NPZ Ltd since 2012 and currently leading a few cooperation projects . He plays a role as adviser or consultants at other domestic and oversea companies. He worked in the State Pharmaceutical Administration of China and State Food and Drug Administration (now named as CFDA) for more than 25 years and have cooperated with two large state-owned enterprises——China Resources Corporation and China Everbright Trading Company, focused in pharmaceutical related technology, product development, import and export areas for over 10 years. He experienced in government processes and a portfolio of domestic and foreign biology medicine projects. He has led various co-operations with the Ministry of health of medical and scientific research units, the State Pharmaceutical Administration of scientific research units and the Chinese Academy of Sciences, Military Medical Science Academy of the PLA and a key university in medicine and related units and R & D leader and close linkage with many domestic enterprises, especially with the top decision-makers in the large and medium-sized pharmaceutical enterprises . He organized exportation of hundreds of medicines, pharmaceutical raw materials, Chemical pharmaceutical intermediates, medical apparatus and instruments, textile dyes, and textile machinery products etc and importation of pharmaceutical equipment.

Mr Yang is the principle consultant at NPZ ltd since 2012 and leading a few cooperation projects. He attained bachelor degree at Wenzhou medical University and Msc degree of law from the joint-education of China University of Political Science and Hongkong Open university. He was the professor and director in one school at Wenzhou medical university between 1985-1999. Since 1999, he took a few director position at CFDA of Lucheng district in Whenzhou.

Mr. Gao is the adviser and business partner at NPZ since 2012,. He attained his Bachelor of degree from the Medical school in 1997 and Master degree of Degree of Business Administration from Peking University in 2008. He was a surgeon in hospital during 1997-1999 , acted as the journalist in China Pharmaceutical News, then took the business role as Salesman in Abbott , the Sales Manager and Product manager in DCPC , sales and Marketing director in Lianhuan Pharmaceutical Company from 2001 to 2008. he is currently the General manager at MDC（Beijing) Medical Devices Co., Ltd since then.

Dr. Chenyu Du is currently a Reader in Chemical Engineering, the Univeristy of Huddersfield. He obtained both his Bachelor and PhD degrees from the Department of Chemical Engineering, Tsinghua University, China. He joined the University of Manchester in Jan 2006 as a research associate. His research focused on biosynthesis of platform chemicals from sustainable raw materials (funded by EPSRC). From Feb 2009 to May 2010, Dr. Chenyu Du worked in Biocaldol, a research and development company in London, developing a 2nd generation bioethanol from agriculture and industrial raw materials using athermophilic strain. In Jun 2010, Dr. Chenyu Du was appointed as a lecturer in Biochemical Engineering in the University of Nottingham. In Jan 2015, he moved to the University of Huddersfield joining the newly established Chemical Engineering team in the school of Applied Sciences. His research interests cover biofuels, biomass pretreatment, biochemicals, novel enzyme production and modification.
Dr. Du can provide consultancy in the following field : (1) Sustainable Biofuels (2) Platform chemical production (3) Enzyme production and modification, (4) Bioprocess design

Nancy Liu has previously lived and worked in different cities across China, mainly in Shanghai. She has plenty of international experience having worked in US companies WCG and Johnson&Johnson from 1995 till 2000. She has an excellent understanding of Western-Chinese business etiquette and negotiation skills. From 2000 until she moved to the UK in 2007, her entrepreneurial nature led her to found two businesses that sold household and healthcare products. At the same time she had partnership business providing Human Resource solutions and human development training.Since 2008, she has been working with Culture Smart Consulting as lead Chinese consultant, having worked in cross-cultural projects with numerous companies including Olympics 2012 Committee, Rolls Royce, Think London and SPD/Alere(China), and with business schools across the UK. In 2012 Feb, Nancy worked with one British company, translated their “Key account Management” coaching programme. She was trained as business performance coach, successfully facilitated 5 days English/Chinese with coach from UK and 3 days fully Chinese version to Johnson&Johnson top management board MD, directors to regional managers over 30 people in Shanghai.Nancy has set up Win-Win Consultancy to provide services to enterprises in Europe to attempt to enter the Chinese market, and conversely, for Chinese companies who are seeking investment opportunities in Europe.

We use cookies to ensure that we give you the best experience on our website. If you continue to use this site we will assume that you are happy with it.OkPrivacy policy